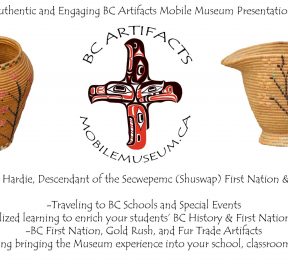 Thank You to all BC Schools, Principals, Teachers, PACs, Event Coordinators, and Students!

A big hello to all BC Schools, Principals, Teachers, PACs, Event Coordinators, and Students,

Yay! The summer is here!

I would like to thank all those who I was invited Myself and the Mobile Museum to present during this past year at all the public and private BC Schools.

I would also like to thank all the Principals, PACs and everyone else that made 2017-18 school year a very busy one for myself and the BC Mobile Museum Tours.

What an amazing year it was presenting at events during “Cultural days” at Langley Centennial Museum, “Collingwood Days”  in Vancouver and to students and staff in over 50 different public and private schools throughout the Lower Mainland including areas as far away as Lytton, Lillooet and Salmon Arm.

I am also looking forward to presenting once again in 2018-19 with tours currently being booked throughout the lower mainland and other BC communities.

There are many dates remaining available but I recommend that you book your event or school presentation date(s) early to ensure your preferred month and time. 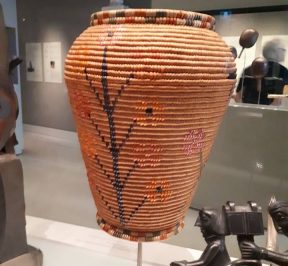 As a Basket collector I have always admired the weaving of the Pacific Northwest.

You can only imagine how excited I am to have recently found out one of my Great Grandma’s baskets is on display in a Museum of Master Works right here in BC!

Pretty cool to find this on display! It was part of a collection of baskets and donated to the MOA several years ago.

I was excited to share this one I have (pictured below) with MOA staff member recently. We compared the similarities with the basket they have displayed currently in the Gallery of Northwest Coast Masterworks.

It is displayed with some of the greatest First Nation artists work of all time! It is currently labeled as Stolo? with Artist unknown.

It has been wonderful to make this connection

I am currently weaving cedar baskets and hats myself.  I am finding it to be a very therapeutic, grounding and a wonderful way to connect to the many gifts from the tree of life.

It is a way to connect to your ancestors. There is a close connection to my Great Grandma I also feel when working with cedar I can not explain in words… Happy weaving to all 🙂

Anyone wishing to learn traditional Haida weaving can drop in and learn from Todd Giihlgiigaa DeVries on Tuesday evenings from 5pm – 7:30pm learning how to make bracelets, headbands, small round baskets, small square baskets, coffee coasters, miniture hats, or start a project of your own. $5 per hour or $10 an evening. Add $5 if you need cut cedar bark. All interested are welcome! Address is 887 Keefer in Vancouver 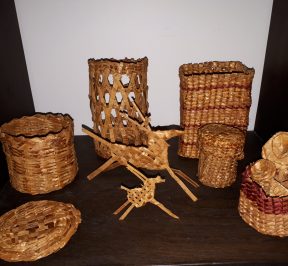 I just wanted to express how grateful I am for the knowledge and weaving instruction Todd Giihlgiigaa DeVries provided myself, my wife and some of our friends as well as the many others at his public drop in weaving classes held in Vancouver on Tuesday nights.

For me it has truly been a way for me to connect with my ancestors. I feel my Great Grandmother the master Secwepemc weaver Christine Hardie herself smiling down on me when I am working with the sacred cedar tree bark.

It is a connection to the creator and the earth. It is very grounding and therapeutic. It is truly the tree of life, and learning this first hand has made my presentations so much more authentic and engaging. It is amazing to teach of this wonderful Superstore of a tree and our ancestors ways of creating so many items and products from her.

Haw’aa my friend, I am forever grateful for this amazing gift you shared with me that I now share with students and teachers on the BC Artifacts Mobile Museum Tours. 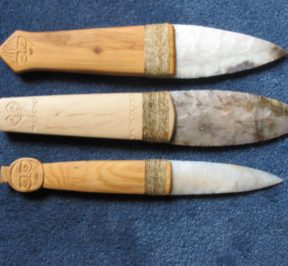 Presenting at the 2017 BCSSTA Conference

The Mobile Museum will be presenting at the 2017 BCSSTA Conference on October 20, 2017 For more info: https://bcsstaconference.ca/index.php… 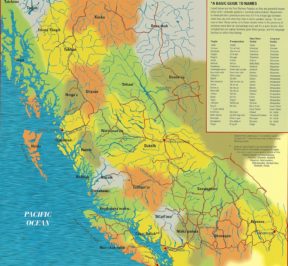 The first 50 schools booked for  this year will once again be receiving a copy of this fantastic resource on the Traditional Territories and Languages of the many British Columbia First Nations of our province. 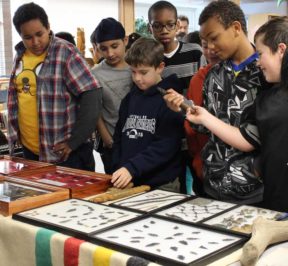 It’s that time of year again!

Hello to all BC Schools, Principals, Teachers, PACs, and Students,

Back to school for BC students and teaching staff is just around the corner with the 2017 -18 school year about to commence in just a couple of weeks.

I would like to start out this post with a massive thank you to all the Schools, Principals, PACs as well as everyone else that supported and helped to promote the new BC History Mobile Museum in 2016-17.

What an amazing year it was presenting to students and staff in over 50 different schools from Bowen Island to Lytton.

I am looking forward to presenting this year with tours planed throughout the lower mainland and other BC communities.

There are many dates still available for the upcoming school year. 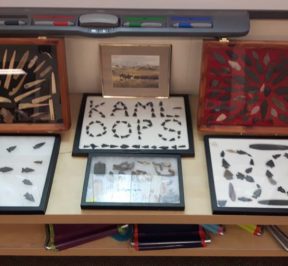 “Honoured to be presenting BC history on the Traditional Territory of the Katzie, Kwantlen, Kwikwetlem, Musqueam, Qayqayt, Squamish, Semiahmoo, Stó:lō, Tsawwassen, & Tsleil-Wauthuth Nations” Here are a few highlight images from a couple recent Mobile Museum Tour presentations in New Westminster at Ecole Lord Tweedsmuir Elementary and at St. Anthony of Padua Catholic Elementary school in Vancouver.

The BC Mobile Museum is an engaging and hands-on learning experience mixed with good times and humor that has created a successful learning and connecting environment for students in the BC lower mainland area since 2015. It is a very valuable educational resource for all BC students from grades K to 12.